What does CI CD Pipeline mean? Why it is Important to DevOps Professionals?

In this article, we will get to know about the CI-CD pipeline and how pipelines do not just help developers make code easier to manage and deploy but also saves DevOps professionals a huge amount of time.

Nowadays, almost all professionals frequently work with pipelines. Pipelines automatically build and test code projects to make them available to others and work with just about any programming language or project type.

CI/CD is one of the best practices for DevOps teams to implement. It is also an Agile methodology best practice, as it enables software development teams to focus on meeting business requirements, code quality, and security because deployment steps are automated.

What do CI and CD mean?

CI, short for Continuous Integration, is a software development practice in which all developers merge code changes in a central repository multiple times a day.

Due to the scale of requirements and the number of steps involved, this process is automated to ensure that teams can build, test, and package their applications in a reliable and repeatable way. CI helps streamline code changes, thereby increasing the time for developers to make changes and contribute to improved software. The entire CI feedback loop should run in less than 10 minutes.

CD stands for Continuous Delivery, which on top of Continuous Integration adds the practice of automating the entire software release process.

It picks up where continuous integration ends. CD automates the delivery of applications to selected infrastructure environments. Most teams work with multiple environments other than the production, such as development and testing environments (Staging), and CD ensures there is an automated way to push code changes to them.

Why is CI/CD important?

The pipelines are designed for businesses that want to improve applications frequently and require a reliable delivery process.

CI/CD facilitates an effective process for getting products to market faster than ever before, continuously delivering code into production, and ensuring an ongoing flow of new features and bug fixes via the most efficient delivery method.

What are the elements of CI/CD?

A CI-CD pipeline may look like overhead, but it’s not. It is essentially a runnable specification of the steps that every developer needs to perform to deliver the new releases of the software or product. Without the automated pipelines, developers used to follow the manual process of the deployment, this seems to be less productive.

Failure in each stage typically triggers a notification – via email, Slack, etc. – to let the responsible developers know about the cause. Otherwise, the whole team receives a notification after each successful deployment to production.

A CI-CD pipeline is split into a set of different stages. These are generally a set of tasks that have a related function. Here are a few main pipeline stages:-

A pipeline runs when we triggered or push the code to the main branch, where the automated pipeline starts to build the process. This happens due to a code change that triggers a notification to the CI/CD tool, which runs the corresponding pipeline.

So here, we combine the source code and its dependencies to build a runnable instance of our product that we can probably ship to our end users. It doesn’t depend on language, a few languages which need to be compiled, such as Java, C++, and Go. Other languages do not require this step.

If your product is cloud-native then this would be deployed using a Docker container.

If something is broken in the code, then the failure notification will trigger at the time of build. So, it would be easy to find the issue and fix it immediately.

In this stage, we run the automated test to validate the accuracy and the behavior of our product code. It will help development teams know whether a software build passes or fails.

So, we have already built the package and run the test cases. If all the stages are passed, then we are ready to deploy it. And the new release will be deployed in multiple environments such as Development, and Staging environments for the Dev and QA purpose. It is also deployed in the production environment for the end-users.

What are the Benefits of the CI-CD Pipeline

A good CI/CD pipeline is fast, reliable, and accurate.

CI/CD has now become an integral part of modern software development cycles. If you are yet to make your move about CI/CD implementation.

Finding and fixing bugs late in the development process is expensive and time-consuming. This is especially true when there are issues with features that have already been released to production.

With a pipeline, you can test and deploy code more frequently, giving testers the ability to detect issues as soon as they occur and fix them immediately. You are essentially mitigating risks in real-time.

Organizations are moving toward releasing features multiple times a day. It is not an easy task, only a handful of companies like Netflix, Amazon, and Facebook have been able to achieve this goal. But, with a seamless CI/CD pipeline, multiple daily releases can be made a reality.

Teams can build, test and deploy features automatically with almost no manual intervention.

Automation is important in CI-CD implementation. Once you build features and check-in code, tests should be automatically triggered to make sure that the new code does not break existing features and that the new features are working correctly.

After the tests run, the code gets deployed to different environments, including QA, staging, and production. Throughout this process, you will be getting constant notifications through different channels, giving you plenty of information about the build, test, and deploy cycles.

Observability is one of the massive aspects of DevOps and CI/CD integration. If something is wrong, you need to understand why. You need a mechanism to study the system in production over time and identify key performance metrics. Observability is a technical solution that helps in this effort.

One key aspect of observability is logging information. Logs are a rich source of information to understand what is happening behind the interface and study application behavior.

One of the biggest advantages of a CI/CD pipeline is you can roll back changes quickly. If any new code changes break the production application, you can immediately return the application to its previous state. Usually, the last successful build gets immediately deployed to prevent production outages.

CI-CD Tools in the market

We have a lot of CI-CD tools available in the market with the best support and functionalities, which can be integrated with our Project Remote Repository. For example, GitHub, GitLab, BigBucket, etc.

There are far too many great options to choose from. You can pick an open-source option or not, on-premise or hosted a wide range of included features, or a single-purpose solution.

Tools like Jenkins, CircleCI, SonaQube, TeamCity, Bamboo, GitLab, or Github Actions are popular at the small or big organization level.

So, I have given the conceptual definition and understanding of Continuous Integration, Continuous Deployment, and Continuous Delivery. That will make your team attractive to potential hires and more responsive to the fast-changing business environment.

So, this is all about CI-CD Pipeline, now you get to know more about it after reading this article.

What is WhatsApp’s Zero-Day Vulnerability Leading Users into Danger? 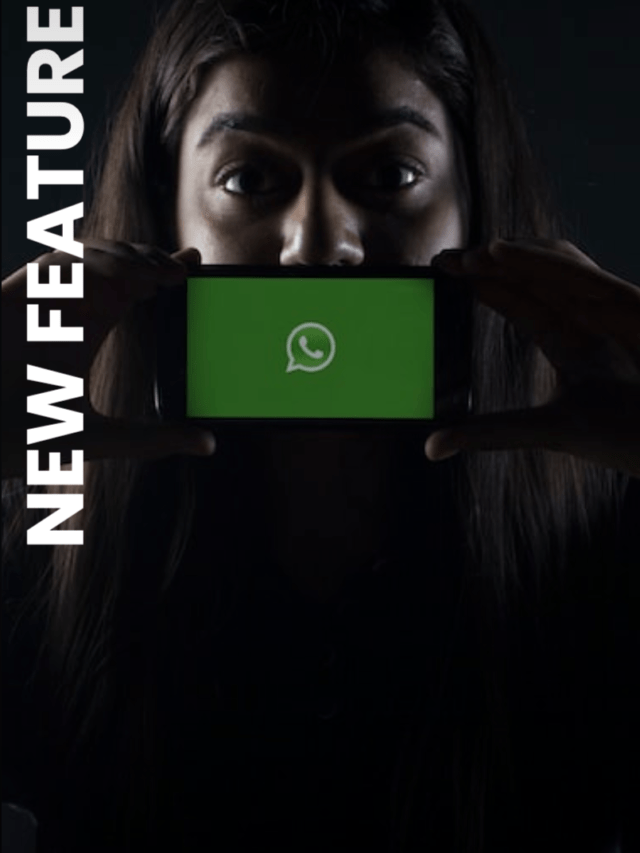 WhatsApp Call Links Features Starts Rolling Out To Users, What it Does 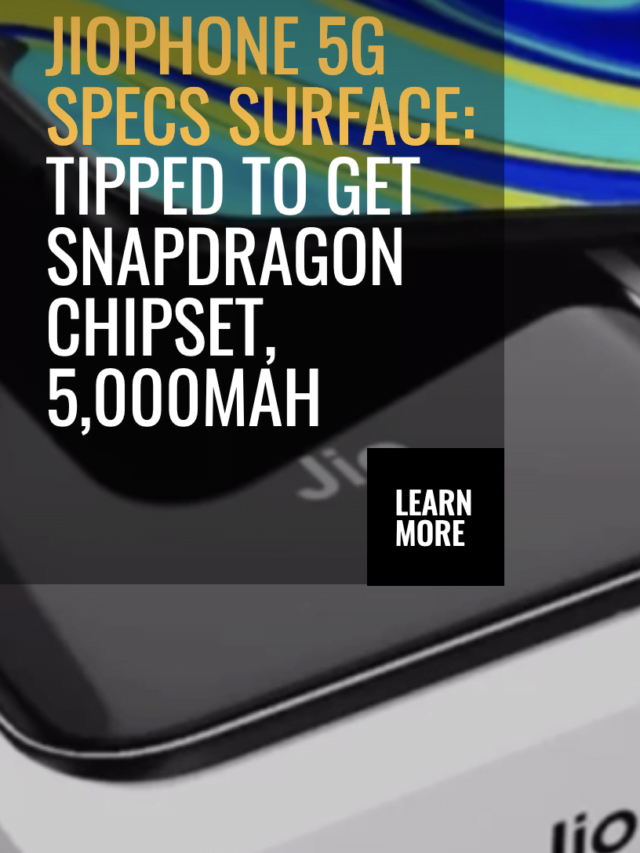 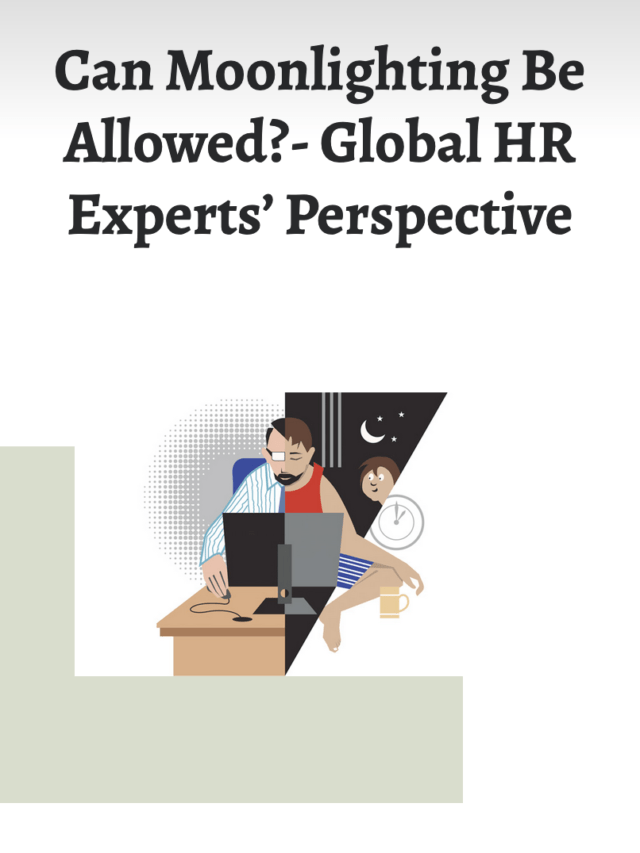 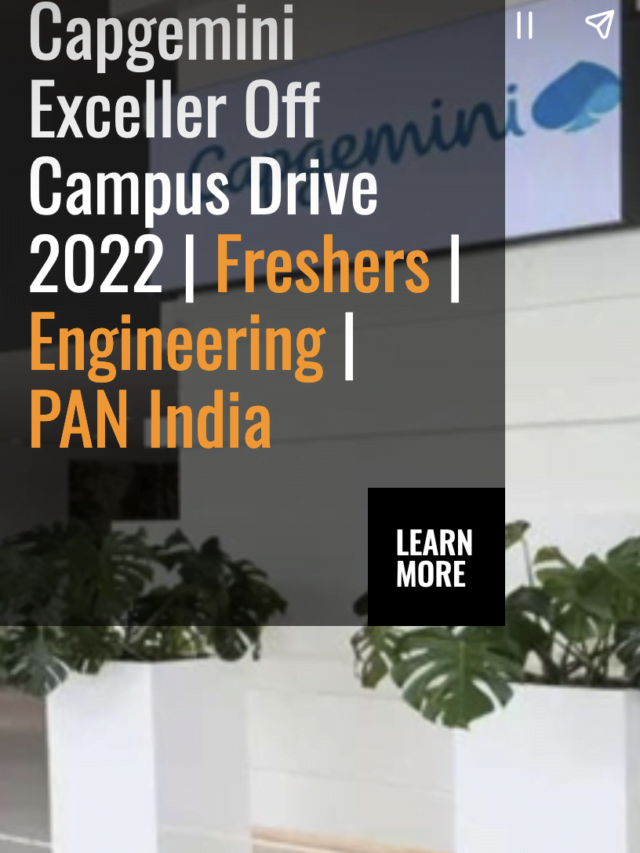 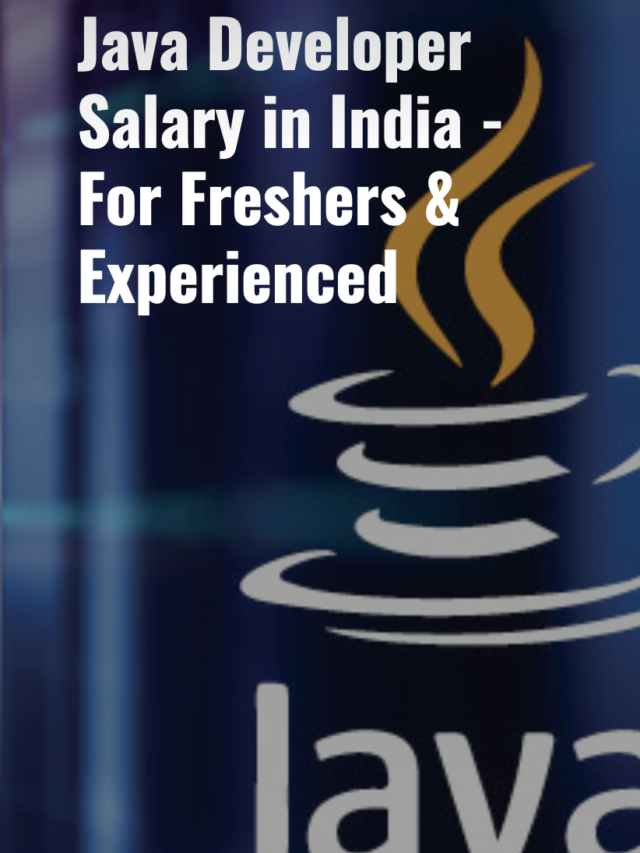 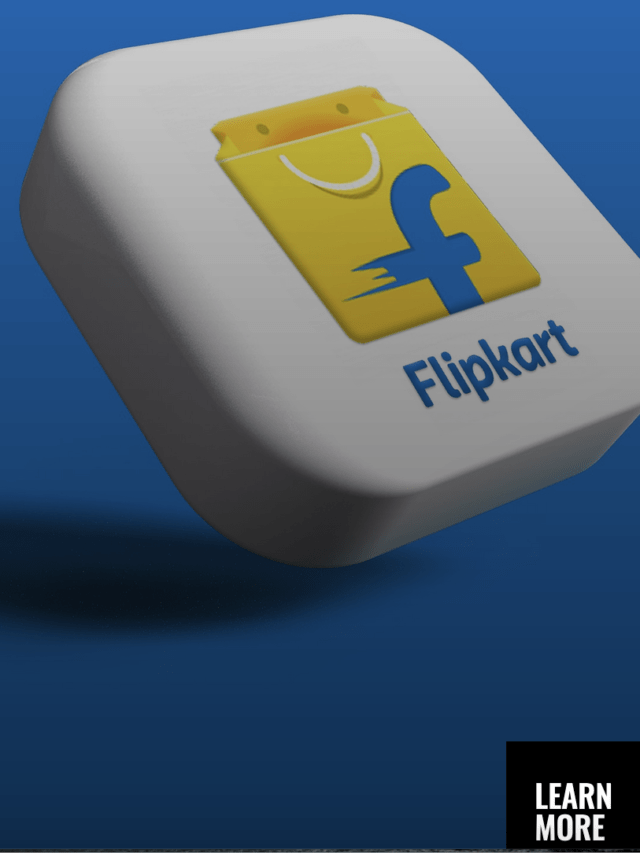 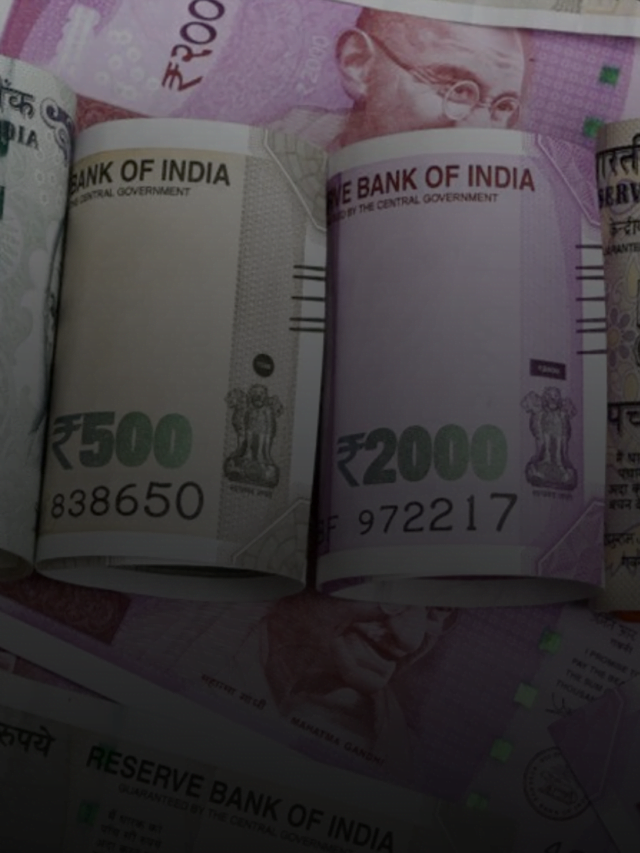 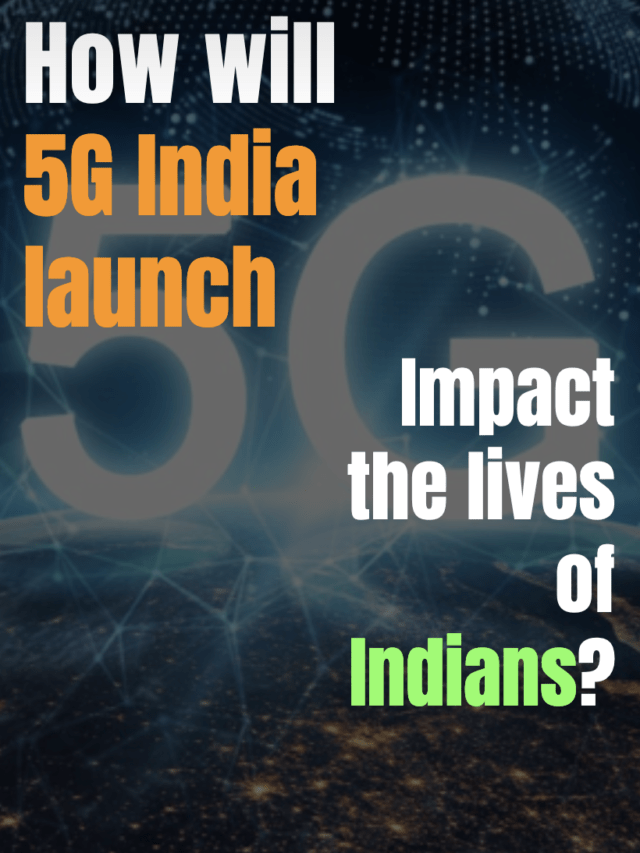 How will 5G India launch impact the lives of Indians? 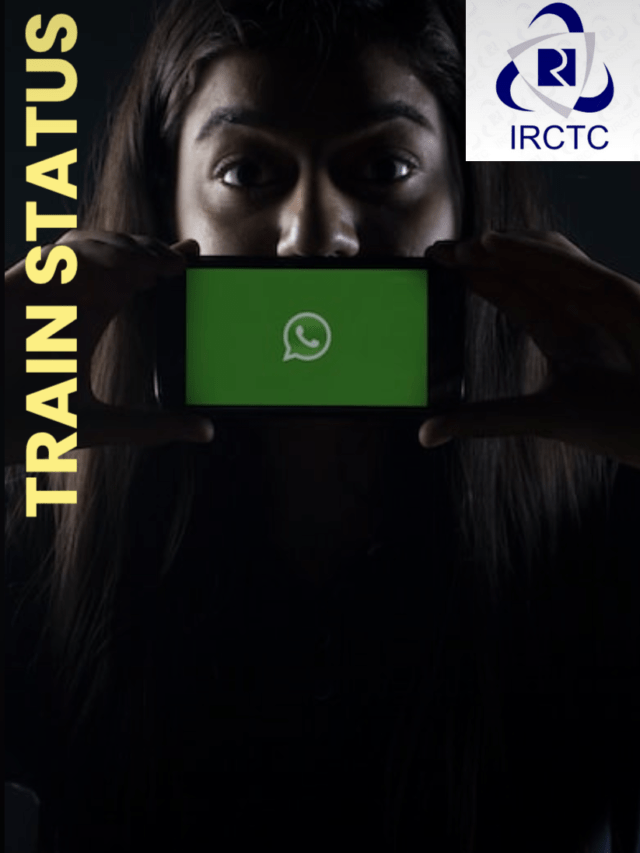 How to Check PNR Status and Live Train Status on WhatsApp